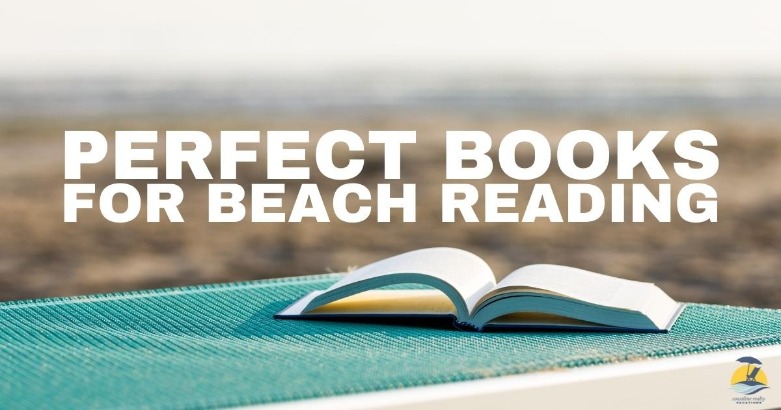 We all know the beach is super relaxing, and what better way to enjoy the peace than by diving into a good book? We have compiled a book list for beach lovers that we think you'll enjoy while hanging out on the beaches of Topsail Island. However, beach reading isn't just for the beach- it can be enjoyed from the comfort of your Topsail Island vacation rental as well. Whether you're looking for beautiful ocean views, hot tub, swimming pool, or an elevator, we've got you covered! 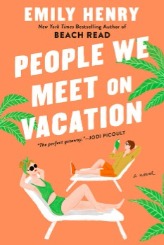 People We Meet on Vacation

Poppy and Alex. She’s a wild child; he wears khakis. And somehow, they are the very best of friends. For most of the year they live far apart, but every summer for a decade, they have taken one glorious week of vacation together. Until two years ago, when they ruined everything. They haven’t spoken since. Poppy has everything she should want, but she’s stuck in a rut. She decides to convince her best friend to take one more vacation together. Miraculously, he agrees. Now she has a week to fix everything. What could possibly go wrong? 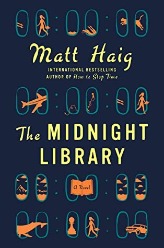 A dazzling novel about all the choices that go into a life well lived, from the internationally bestselling author of Reasons to Stay Alive and How to Stop Time.

Between life and death there is a library, and within that library, the shelves go on forever. Every book provides a chance to try another life you could have lived. To see how things would be if you had made other choices . . . Would you have done anything different, if you had the chance to undo your regrets? 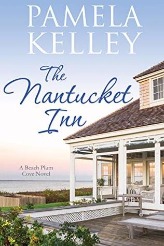 Lisa Hodges needs to make a decision fast. Thanks to her dead husband’s gambling addiction, their savings is almost gone. In her early fifties with a large, waterfront home on Nantucket to support, Lisa hasn’t worked in over thirty years, has no in-demand skills and is virtually unemployable.

Her only options are to sell the house and move off-island or she could use her cooking and entertaining skills and turn her home into a bed and breakfast. Come visit Nantucket and see how Lisa's new bed and breakfast has an impact on almost everyone in her family. 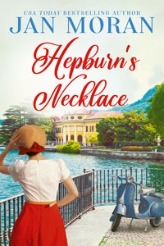 When costume designer Ariana Ricci leaves her groom at the altar, she takes solace at the Palm Springs home of her theatrical great-aunt. While opening yellowed letters postmarked “Lago di Como, 1952” Ariana discovers relics from her great-aunt’s past, including a necklace that Audrey Hepburn gave her during the filming of a movie in Rome. Aching for a fresh start and the chance to resolve an unfinished story, the two embark on a journey to the sunny shores of Lake Como, Italy that will illuminate secrets and offer second chances- if they are bold enough to seize them. 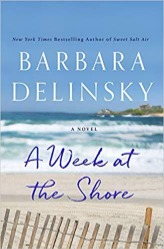 A Week at the Shore

One phone call is all it takes to lure Mallory Aldiss back to her family Rhode Island beach home. It's been twenty years since she's been gone- running from the scandal that destroyed her parents' marriage, drove her and her two sisters apart, and crushed her relationship with her first love. But going home is fraught with emotional baggage- memories, mysteries and secrets abound. In just seven watershed days on the Rhode Island coast three women will test the bonds of sisterhood, friendship and family, and discover the role that love and memory plays in defining their lives.

Beneath a Starless Sky

An epic tale of love, hope, glamour, and courage set against the staggering true events leading up to World War 2. 1930 Jewish ballet dancer Lilli Sternberg longs to escape the rising Nazi menace, but a whirl-wind romance with a young army officer puts her Hollywood dreams on hold- until her heart is broken. Making it to Hollywood, Lilli dances with the legendary Fred Astaire, who introduces her to high society and the heir to the British throne, Prince Edward. When injury ends her film career, Edward and his American mistress, both Nazi sympathizers, have other plans for Lilli. As war looms, Lilli’s loyalties are tested as her family falls prey to Nazi terror. Can Lilli save her family and foil Hitler’s plot to kidnap Prince Edward? 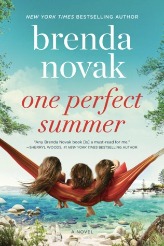 When Serenity Alston swabbed her cheek for 23andMe, she joked about uncovering some dark ancestral scandal. The last thing she expected was to discover two half-sisters she didn't know existed. Serenity has always found solace at her family's Lake Tahoe cabin, so what better place for the three women to dig into the mystery that has shaken the foundation each of them was raised on? Before the summer is over, they'll have to confront the paths they walked to get there and determine how to move forward when everything they previously thought to be true was a lie. But any future is easier to face with family by your side. 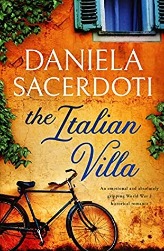 Callie's life is thrown upside-down when she discovers she's adopted and the new heir of a beautiful Italian villa in Montevino. While exploring her newly inherited home, Callie finds a diary belonging to a woman named Elisa hidden in her birthmother’s antique wardrobe. Page by page, Callie is swept away by its story of love, passion, heartbreak and betrayal as she reads how Elisa married her childhood sweetheart in secret before fleeing to the woods to join the resistance. They vowed to find each other again when the war was over, but history had other plans. It gives her the courage to start asking questions around the close-knit village and she feels her closed-off heart begin to open. Perhaps even enough to let someone in, but when a devastating betrayal in the final pages of the diary unlocks a heart-breaking secret about who Callie’s mother really is, the chance for a new life shatters in front of her. Can she persuade the locals to forgive her past and accept the truth about her identity? 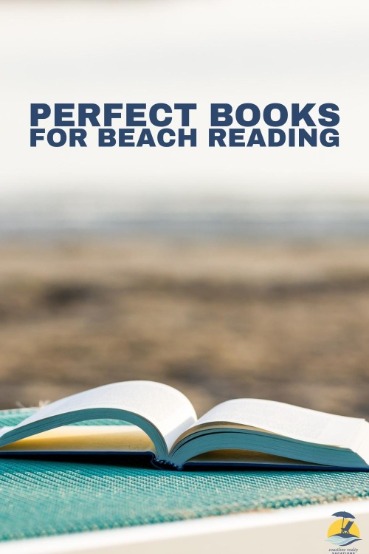 Check out these beach movies!