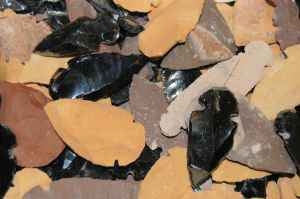 Although it didn't receive its name until the 1600's, Topsail Island's history tracks that of America, with evidence of prehistoric Indian villages in the area dating back thousands of years. Actually, if you think you see an arrowhead, beachcombers sometimes find artifacts from the Tucscarora Indians who made hunting trips to Topsail in the 1700's. These same sounds and inlets were then used by daredevil swashbucklers in the 1600-1700's to careen their ships and for hiding holes from which to prey on passing merchant ships. As the freighters became wise to this ploy, they began watching for the tops of the pirates' sails showing over the dunes, thus the name Topsail, pronounced "topsul."

Such notorious pirates as Blackbeard and Stede Bonnet roamed these waters regularly. Local legend has it that treasure is still buried here, though Blackbeard liked a good party and undoubtedly spent a lot of the loot before it ever touched the ground. In the 1800's the island built a salt works to provide fresh drinking water for Confederate troops during the Civil War. However, all this time, there was no bridge to Topsail, so no settlements, only fishermen who set up camps and farmers who ran their livestock across tidal flats from the mainland to graze on Topsail.

It was not until the 1900's and World War II that civilization as we know it came to Topsail Island. Holly Ridge was chosen as the site for Camp Davis, which became an overnight (though short-lived) boomtown. Then the island was chosen to be a naval test site for rocket engines under Operation Bumblebee, making Topsail Island to jet flight development what Kitty Hawk is to propeller flight.

Operation what? The bumblebee, aeronautically, should not be able to fly due to the shape and weight of his body in relation to total wing area. However, since no one ever told the bumblebee, he flies anyway. Thus the "impossible" navy project got its name and was likewise successful.

Some 200 experimental missiles were launched, resulting in the proven success of the ramjet engine which could push an aircraft past the speed of sound. The strange concrete towers you see scattered about the island were observation posts for the project. This also brought the construction of a pontoon bridge at what is now Surf City, followed by electricity, artesian wells, and roads – the 20th century had arrived! 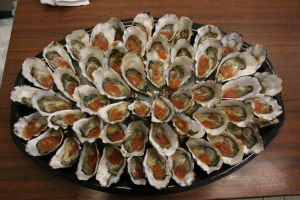 From locally famous Stump Sound oysters to great surf fishing at New River Inlet, North Topsail Beach is distinguished from the rest of Topsail Island. And rightfully so: it used to be completely separated from it! Stump Inlet once carved its way between the two islands, but the gap has been filled in over time by nature and man. Remaining are picturesque marshes, home to graceful egrets and herons, and dense maritime forests on the soundside, with lovely dunes and beaches on the oceanside.

If you like the panoramic views as you ride over the high-rise bridge on Highway 210, take an air tour of this Onslow County area from the landing strip at Holly Ridge for an incredible coastal topography show.

Because it is a little more remote, North Topsail Beach enjoys a certain exclusivity from the rest of the island, with a wide range of accommodations available including several luxury resorts, condominiums, extravagant beach homes, townhouses, cottages and fishing piers.

Traveling down the island, there's a campground, restaurants, and shops. North Topsail Beach was incorporated as a municipality in 1990. Permuda Island Coastal Reserve is located on the sound side facing the mainland shore. There's golf at nearby North Shore Country Club, nice, new regional public beach access facilities with plenty of parking, and well-stocked fishing. 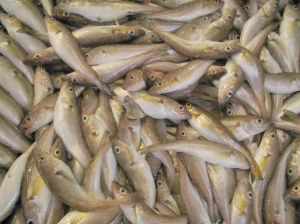 The old-timey fishing village of Sneads Ferry is located on the New River near the northern tip of Topsail Island, off Highway 172. Still a very active commercial fishing community, Sneads Ferry takes in more fish than any other Onslow County port.

In 1725 Edmund Ennett was granted the first license to operate a ferry in the area, an important link in postal delivery between Virginia and South Carolina, and of news of Revolutionary War battles in the 1770's. The village is believed to have been first settled in 1775, making it the oldest settlement in Onslow County, which is itself one of the oldest counties in North Carolina, having been established in 1734. The ferry was key until 1939 when it was replaced by a wooden bridge, which today is a new high-rise span.

Originally known as Lower Ferry, the town was renamed in honor of attorney Robert Snead when he became the new ferry operator in 1760. Snead himself has an interesting history. He shot and killed Revolutionary War hero George W. Mitchell in the heat of a political argument. After being tried and convicted, Snead received a full pardon from Governor Richard Dobbs Spaight. There has been speculation that the pardon was achieved dishonestly. Life hummed along quietly until World War II when Camp Lejeune was established just to the north. In 1971 the Sneads Ferry Community Council was organized and the subsequent annual Shrimp Festival, the town's major fund-raiser. From its proceeds, the town now has a 14-acre community park with a 7200-sq.ft. Shrimp Festival Community Building. Fire and rescue headquarters are also on site. Shrimp-lovers won't want to miss the Shrimp Festival each August, a lively family celebration of fishing heritage with music, plenty of delicious seafood, crafts, and a parade. Charter-boat fishing, horseback riding, shopping, marinas, great seafood restaurants and a laid-back atmosphere make Sneads Ferry a wonderful place to visit or live.