Home > Top Island Blog > What Fascinating Secrets Does Topsail Have Waiting for You?

What Fascinating Secrets Does Topsail Have Waiting for You? 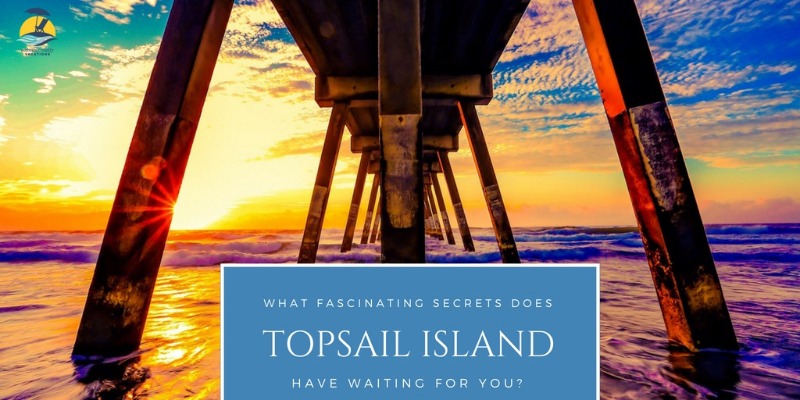 History. Mystery. Those two go hand in hand. And here in Topsail we have plenty of both for you! Are you fascinated by World War 2 history? Or maybe by pirates? Well, we have plenty of each! We can’t wait to share with you some of the highlights of Topsail’s rich history!

Whether you are new to Topsail, or this is the hundredth time you have been here, you are sure to enjoy discovering delightful gems of history while on vacation with us. Especially with the school season coming to a close, this is the perfect time to take a historical vacation with the family and reinforce all of those fascinating lessons your kids have been learning over the course of the past school year. So, hurry and book now with us, and enjoy a vacation of a lifetime!

Topsail is rich in history, none more infused with secrets than its World War 2 era history. Right after the war ended in 1945 America and the Allies wanted to stabilize the world, which meant stockpiling more and better weapons than anyone else had. So the U.S. Navy started up a secret guided missile testing program on Topsail Island from 1946-1948. This program was dubbed Operation Bumblebee. Not only were guided missiles tested on Topsail, but so was the main concept for today's supersonic flight. All of this is detailed in the fascinating exhibits at Topsail's Missiles and More Museum.

A delightful World War 2 memorial near Topsail Island is the battleship North Carolina, which is anchored in Wilmington harbor. This particular battleship participated in every major naval offensive on the Pacific front during World War 2, earning 15 Battle Stars.

Topsail was frequented by such fearsome pirates as Blackbeard and Stede Bonnet while they plundered unsuspecting vessels during the heyday of high-sea pirating. Legend has it that Blackbeard buried his treasure on Topsail island before running his ships aground and "accidentally” sinking them, leaving his crew high and dry with no loot.

Infact, Topsail reportedly got its name from pirates. In the 1700s pirates would hide in the channel between the island and the mainland. At that time, the Carolina coast was teaming with merchant vessels, all ripe for the looting. So, pirates would rush out from behind Topsail Island, surprise a ship, and plunder it. After a while, the many merchants began to look for the pirates "topsails” (pronounced "topsuls") so that they could avoid the pirates. If you would like to read more about the romantic pirate history of Topsail, you can check out this blog post.

Besides the delightful and informative Topsail’s Missiles and More Museum that you can tour, there are other ways that you can experience Topsail’s rich history for yourself. For example, you can crawl all over the important and historic World War 2 battleship North Carolina. If you prefer the older, pirate history, you can get a personal taste of it through a fun and humorous pirate cruise.

If you are interested in the wonderful, true mysteries that are held in the arms of history, then a vacation in Topsail is for you! Our island is rich in fascinating history, just waiting for you to experience, from World War 2 innovation to pirates. So, hurry and book your dreamy vacation in Topsail with us. It will be an unforgettable experience!