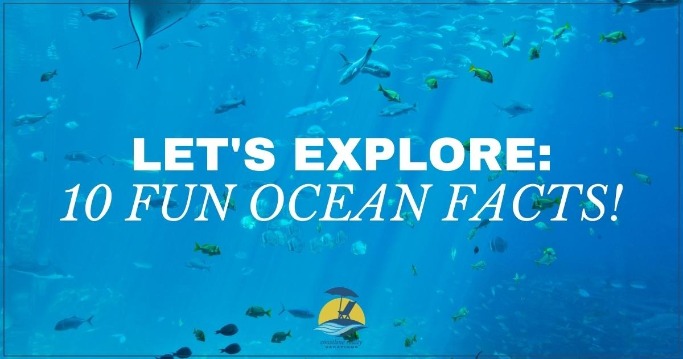 This week, our blog will explore your favorite thing about the beach... the ocean! There are so many cool and interesting things to learn about the ocean, so let's dive right in and do some underwater learning! 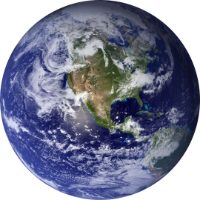 On land, it's easy to forget the fact that most of the Earth is covered by ocean water! There are so many amazing places to explore all over the world, but some of the coolest and most dazzling are found underwater! 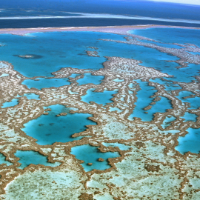 #2: The Great Barrier Reef can be seen from the moon.

As one of the seven wonders of the world, the Great Barrier Reef is an amazing thing! It is home to a massive number of coral reefs and marine life and is bigger than the Great Wall of China! Located in Australia, it is the only living thing on Earth that is visible from space. Check out the video below to learn about this magnificent ocean wonder. 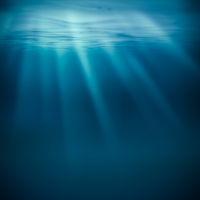 That's pretty deep! That's over 33 football fields stacked vertically on top of each other. Woah. 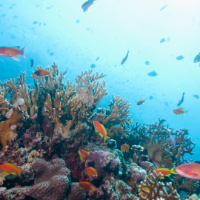 Wondering how many ocean creatures are known to exist? There are about 240,000 recorded in the World Register of Marine Species. However, researchers believe that number is only about 10% of the total number of ocean species. Also, it is thought that over 80% of the Earth's oceans have never been explored or studied.

The ocean is home to many spectacular, amazing animals that have a wide variety of specials skills. For example, there are many animals (such as certain jellyfish species) that live near the ocean floor that can actually glow in the dark! Did you know the Mantis Shrimp packs a punch that's equivalent to the force of a .22 caliber gun? It's strong enough to make the water surrounding it boil when it punches! Some animals, like the Pink See-Through Fantasia, are totally see through! You can see all the animals' organs and functions as they happen! 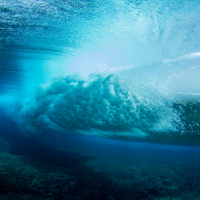 #5: Underwater waves can be taller than skyscrapers.

Thankfully, the waves that reach Topsail Island aren't nearly that big! Sometimes when ocean waters with different densities mix, massive underwater waves that are hundreds of feet tall and over a mile wide form. It's hard to imagine a wave that large!

Ready to sit back, relax, and enjoy our much smaller and enjoyable waves? Book your Topsail Island vacation today, there's still summer availability! 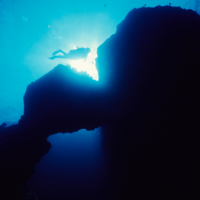 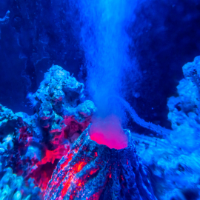 #7: 90% of Earths volcanic eruptions happen in the ocean.

It's true! Most of the Earths volcanic eruptions and activities occur underwater, with the South Pacific being home to the largest group of underwater volcanoes. 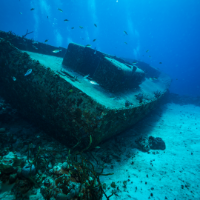 #8: The ocean is home to a ton of shipwrecks.

According to the United Nations Educational, Scientific, and Cultural Organization, the ocean is home to around 3 million shipwrecks! With so many shipwrecks, the ocean is also home to more treasures and artifacts than all of the world's museums combined. We wonder what undiscovered treasures are down there just waiting to be discovered! 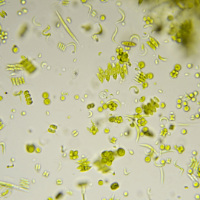 #9: The ocean is an excellent source of oxygen.

The majority of Earths oxygen is produced in the ocean! Phytoplankton and kelp create oxygen as a result of photosynthesis, which turns sunlight and carbon dioxide into useable sugar for them. 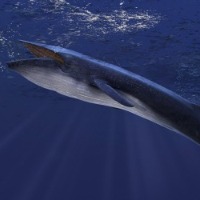 #10: The Antarctic Blue Whale is the largest ocean animal.

Weighing in at around 400,000 pounds (the equivalent of 33 adult elephants!), the Antarctic Blue Whale can be as long as 98 feet! This whale's heart is the size of a small car, and they can eat almost 8,000 pounds a day! The Antarctic Blue Whale can whistle to call other whales, and its whistle can be heard hundreds of miles away, making it the loudest marine animal. Their whistle is louder than a jet engine!

After learning all these neat ocean facts, isn't it time to come explore the waters of Topsail Island? There is so much fun to be had on our beaches and beauty to enjoy. Ready to plan your vacation? Click here or give us a call at 800-497-5463 today. 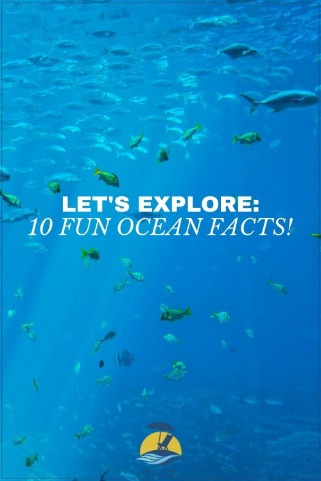 Check out our dolphin blog!