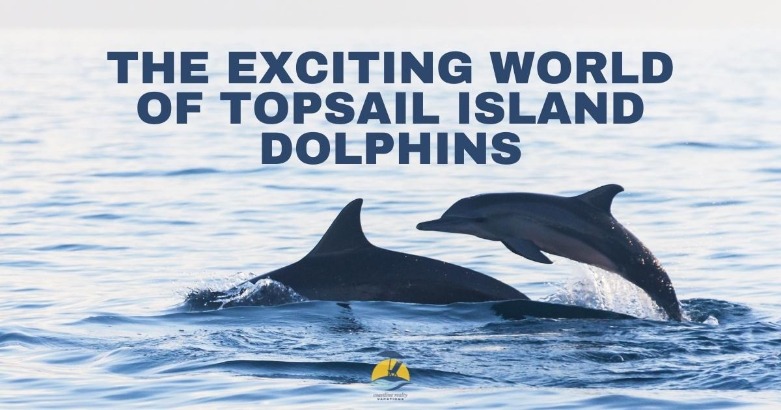 Dolphins! They're beautiful, fun to watch, and almost magical. Topsail Island is the perfect place to spot dolphins enjoying the ocean and your oceanfront rental lets you do that from the comfort of your own balcony. Dive in with us as we explore the intriguing world of Topsail Island dolphins!

What Is a Dolphin?

Dolphins are classified as marine mammals for several different reasons. They are warm blooded, have hair on their bodies when they are born (who knew?), give birth to live babies and nurse them, and breathe through their lungs. There are over 40 different species of dolphins. Did you know the orca whale, or killer whale, is a type of dolphin?

Where Do They Live?

These graceful beauties can be found all around the world, in all types of climates. Thanks to their warm-blooded nature, dolphins stay nice and toasty even in very cold waters. Dolphins can live in saltwater, freshwater, and everything in between. We're partial to the dolphins that call Topsail Island home! There's no better to start the day off than viewing gorgeous dolphins enjoying a morning swim, right off your Topsail Island vacation rentals balcony!

Can They Breathe Underwater?

The simple answer is no, dolphins cannot breathe underwater. However, they can hold their breath for more than ten minutes before coming up to the surface for air. Like whales, dolphins have a blowhole that closes while they're underwater and opens when they come up for air. Dolphins also have a much larger lung capacity than humans and are able to exchange a ton of air in their lungs during each breath, allowing them to hold their breath for so long. Pretty cool! 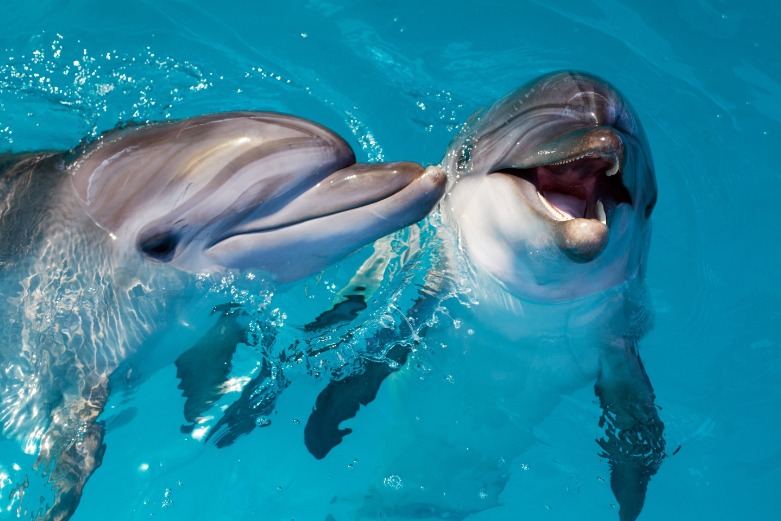 How Many Dolphins Usually Live Together?

Dolphins live in groups called pods, often made up of 30 dolphins or more. When the conditions are right and there's plenty of food for everyone, dolphins have been known to form super-pods composed of over 1,000 dolphins!

Known as one of the most intelligent animals on Earth, dolphins are extremely smart and learn very quickly. They are easily capable of learning tricks and performing many different tasks. Dolphins thrive off social interaction, whether it be from other dolphins or humans.

What Do They Eat?

Dolphins mainly eat smaller fish and sometimes squid. They like to hunt in groups and often jump out of the water to catch fish that have jumped out of the water. Larger dolphins, like orcas, eat things like sea lions, sharks, penguins, and other marine life.

Dolphins also have two stomachs instead of one. One stomach stores food and the other stomach actually digests the food.

Bonus fact: Dolphins have anywhere from 14 to 240 teeth, depending on the species! Interestingly, they don't use those teeth to chew their food. They use their teeth to catch their food and then swallow it whole.

Do They Drink Water

You might think dolphins take a nice gulp of water every so often to wet their whistle, but in fact, they don't drink water at all! They get all the water they need from the fish that they eat.

How Do They Communicate?

Similar to how humans each have a unique voice, each dolphin has its own unique whistle! They use their whistle noises to communicate with each other and it is thought by scientists that dolphins may even be able to read each other's minds and know what other dolphins are thinking, due to special processes found inside their brain.

Dolphins also use a super-special sonar system called echolocation to communicate and navigate around the water. Much like ultrasound technology, echolocation creates a 3-D picture of their surroundings in the dolphins mind. Dolphins send out sound waves (often in the form of special clicks), the sound waves bounce off surrounding objects, and the dolphins brain creates a 3-D image based off the bounced sound waves. Check out the video below to see dolphin noises in action!

Yes! And it's super cool how they sleep! Using unihemispheric slow-wave sleep, dolphins sleep with only half (or one hemisphere) of their brain shut-down at a time. They then close the opposite eye, so if the left side of their brain is "sleeping," they close their right eye. Keeping one eye open allows them to still be aware of their surroundings and continue regulating their breathing.

Sometimes during sleep, dolphins hover very still at the water's surface and other times they swim very slowly. Dolphins usually get around 8 hours of sleep a day, 4 hours on each side of the brain.

How Big Are They?

Although adorable, dolphins can grow to be pretty huge! Dolphin babies, or calves, usually weigh between 30 and 40 pounds at birth but can grow to up to over 1,000 pounds! That's a lot of dolphin! The average bottlenose dolphin, like you can see on Topsail Island, typically weigh between 300 and 400 pounds and is around 8 feet long. Orcas, however, can weigh over 22,000 pounds! Woah!

How Fast Can They Swim?

Dolphins can be super-speed swimmers with the fastest dolphins swimming up to 35 mph! On average, dolphins swim around 8 mph when they're just hanging out.

How Long Do They Live?

Depending on the species, dolphins can live anywhere from 20 years to 80 years in the wild. Larger dolphin species (like orca whales) typically live the longest.

What's not to love about these beautiful, intelligent creatures? Topsail Island is the perfect place to kick back, relax, and enjoy one of the most beautiful animals around. Sunrise and sunset are both excellent times to "dolphin spot" and also the perfect times to enjoy your oceanfront topsail beach balcony! Visit our rentals page or give us a call today at 800-497-5463 to start planning your relaxing beach getaway! 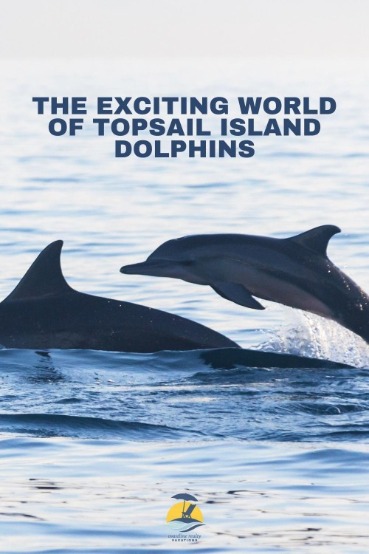