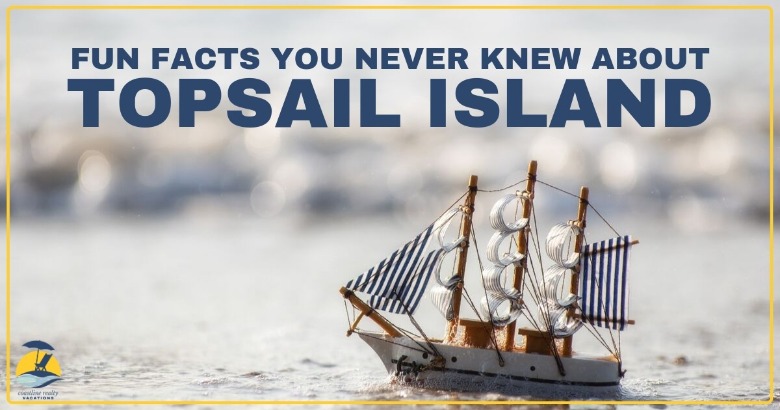 Did you know there is a right and a wrong way to pronounce Topsail? There is actually very little information about the origin of the correct pronunciation. However, if you want to sound like a local, here’s the correct way to pronounce Topsail. First you need to drop the "sail" sound in the name. When you do this you end up with a "Tops'l" almost making the sail sound like "sill". There you are, but where did the name originally come from? Funny you should ask.

How our beautiful island got its name

How Topsail Island got its name is not exactly known. However, there are a couple of competing theories.The first theory is that the island’s name was created by J.G. Anderson when he developed the southern end of the island. Prior to Mr. Anderson developing the southern end of the island, there were charts, which referenced a "New Topsail Inlet" ; however, it is unlikely he had access to these charts. However, there is another theory and it involves pirates!

From around 1630 to 1720, the North Carolina coast was famous, but not for our beaches. Instead, the area was a popular stomping ground for local pirates. The barrier islands of North Carolina were the perfect place for pirates to hide from the authorities. Legend has it that famous pirates like Blackbeard trolled the local waters looking for unsuspecting ships to pillage. Some say the name Topsail derives from the pirates hiding their ships behind the local islands leaving only their "Topsails" showing from the sea. Fact or fiction, we'll let you decide but you should know Blackbeard's ship, the Queen Anne's Revenge, was found not far from Topsail Island in nearby Beaufort, NC.

The Women's Airforce Service Pilots (WASP) was an all-volunteer  all female unit of pilots. During the war there was an acute shortage of male pilots. In stepped the WASPs. This secret program was developed to train female pilots. The women in the WASP units were the first women to fly and operate military aircraft. WASP training took place at Fort Davis. The first of these brave women arrived in February of 1943. The goal of the WASP program was to fly "radar-deception" missions along the coast and tow targets for the anti-aircraft units on Topsail to train on. Sadly, during this time two female aviators would die in the local area. A fun fact is that the WASP volunteers were considered top secret and were not recognized as veterans until 1977.

Home to a secret missile program

Did you know that Topsail Island was home to a secret missile program named Operation Bumblebee?  Operation Bumblebee (named due to the seemingly impossible aerodynamic problems related to rocket flight) was run by the Navy. The operation was a code name given to the program that developed the first "ram-jet" technology. These tests laid the foundation for today's modern jet and rocket propulsion. Even today there are still signs of Operation Bumblebee on Topsail Island. For history buffs,  there are still several structures on the island including two towers that are now private residence. One of the other remaining structures was converted into the Missiles and More Museum which is a must-visit destination for any Topsail Island Vacation.

Now that you’ve learned a little bit more about Topsail Island, it’s time to book your fall beach vacation. Give us a call today at 800-497-5463 to speak with one of our friendly and knowledgeable reservationists or click the button below to see our current inventory of vacation homes. 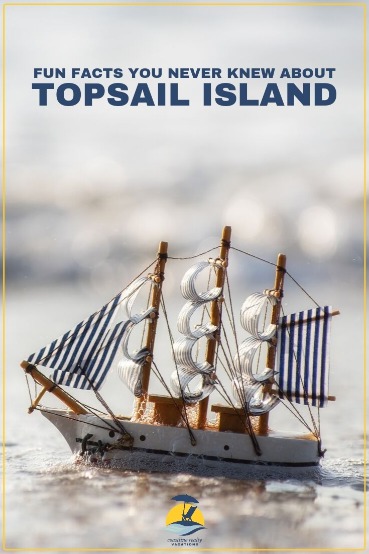