As of May 9, 2020, North Topsail Beach and Surf City removed their restrictions on vacation rentals. This means anyone wanting to book a vacation in these coastal communities are free to do so. Also, anyone that is holding a previously booked vacation, reservations for any date after May 9, 2020 will be allowed to arrive on their designated date. ****PLEASE READ****The community pool at Topsail Dunes and Shipwatch is not opened for use at this time. The pool is controlled by the Homeowners Association and they do not plan to open it until the NC Governor moves the State to Phase 3. Right now, we are in Phase 2. We are sorry for any inconvenience.
Home > Top Island Blog > The Best Books to Read This Summer During Your Topsail Island Beach Vacation

Is there anything as relaxing as a warm summer day, a cool drink in hand, and waves slowly rolling in on Topsail Island, as you let your worries and stresses drift away with the tide? Of course there is! Doing so while turning the pages of a great book. Not to get all Forest Gump on you, but books and the beach go together like "Peas and Carrots." We can't think of anything better than enjoying one of our Topsail Island beach vacation homes and your favorite summer read. This week we have a few of the best books that you may not have read yet, but definitely should. Grab the beach chair, pack the cooler, throw on some sunscreen, and get ready to read the day away.

Best Fiction of The Year

Fiction provides us with that escape we all desire. That ability to travel to a new place as we turn each page. If you're looking to escape to new and exciting places, experience the world all from the comfort of your beach chair on Topsail Island then these four books are for you.

A Long Way From Home by Peter Carey

Any author who wins the Man Booker prize twice is one you probably want to read every chance you get. In his latest novel, Peter Carey returns with an invigorating adventure novel that zooms along with husband-and-wife duo, Titch and Irene, and their friend/navigator, Willie Bachhuber. The trio takes on a 10,000 mile car race in post-WWII Australia and come face-to-face with xenophobia and racism as they encounter the buried truths and harsh realities of Australia's treatment of its indigenous peoples.

Female friendship takes a sinister turn in this, "The Talented Mr. Ripley" type thriller. Newlywed Alice is reluctantly vacationing in Tangier, Morocco with her husband when her old school friend, Lucy, turns up unexpectedly and begins using Alice’s name. This novel is a ruthless tale of identity theft, unstable minds, and an interweaving of the characters past that is both suspenseful and dynamic. This is one you won't be able to put down. 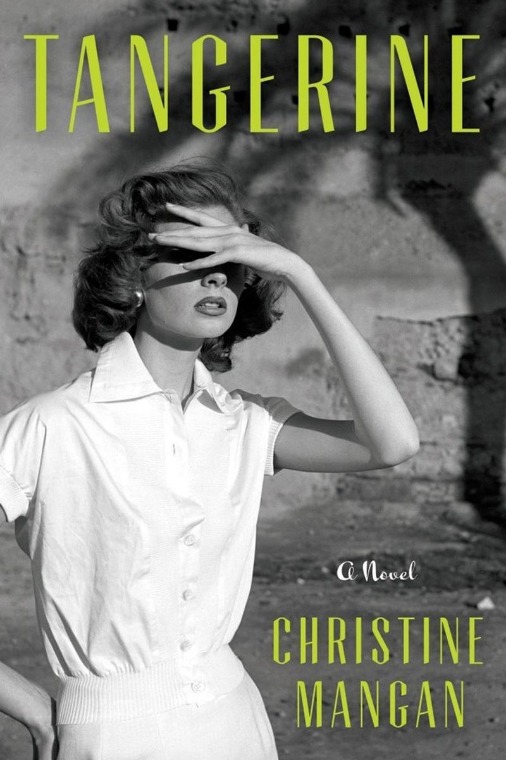 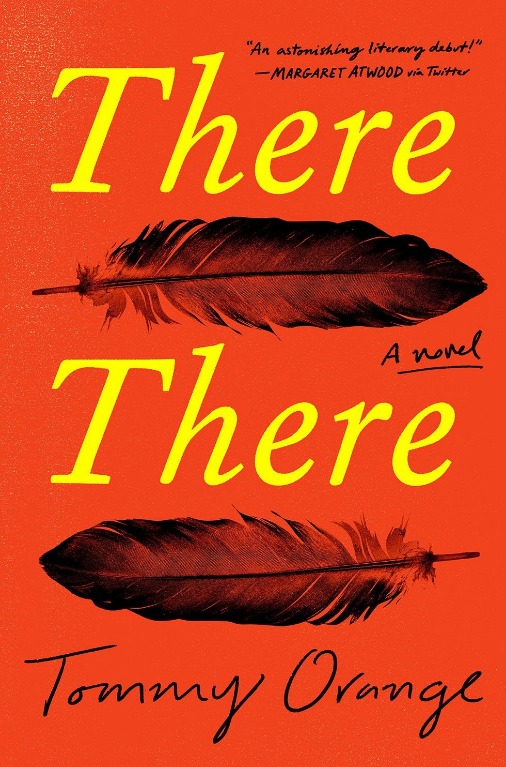 There There by Tommy Orange

An enrolled member of the Cheyenne and Arapaho Tribes of Oklahoma, Orange offers a gritty and unrelenting glimpse into the urban Native American experience. The twelve characters are on their way to an event called the Big Oakland Powwow. Each of them has their own reasons for attending: money, meaning, belonging. One young man born with Fetal Alcohol Syndrome (he calls it the Drome), will smuggle white 3D-printed handguns to the sacred space. One teenager, who is constantly Googling “What does it mean to be a real Indian?” will find a fraught sense of belonging. Orange’s interweaving narratives can be heartbreaking and yet the velocity and beauty of his writing ensure we’re able to absorb and appreciate these stories that have never been revealed to us before.

The Family Next Door by Sally Hepworth

Part family drama, part suburban thriller, Hepworth's latest novel sets its sights on the suburbs, where Essie lives what seems to be a picture-perfect life—at least from the outside looking in. In reality, she is plagued by questions of her own place in the world and her fitness as a mother. Maybe that's why she immediately becomes fascinated when unconventional, enigmatic Isabelle moves in next door. As the two become closer, much to her friends' disapproval, it becomes evident that Isabelle's move to the neighborhood was no happenstance, her presence threatening to throw the balance of Essie's carefully-calibrated life into turmoil. Big Little Lies fans, this one's for you.

Non-Fiction You Can't Put Down

A lot of folks like a true story. There is just something moving about reading something incredible, that actually happened.  If you are looking for some amazing non-fiction reads this summer on Topsail Island, we have three of the best of the year for you.

I'll Be Gone In The Dark: One Woman's Obsessive Search For The Golden State Killer Bb Michelle McNamara

If you like the "true crime" genre then you'll love flipping the pages of this book. The Golden State Killer was a serial rapist and murderer who terrorized Southern California between 1979 and 1986. The killer was responsible for 50 rapes and 12 murders, and was never caught! The killer did, however, become the obsession of author Michelle McNamara, a true crime journalist who spent years trying to uncover his identity. McNamara died unexpectedly while writing this book, which includes an afterward from her husband, Patton Oswalt. Both gripping and chilling, this book is not for the faint of heart but none the less an interesting read.

Caddyshack: The Making Of A Hollywood Cinderella Story by Chris Nashawaty

Everybody loves Caddyshack. It is truly an iconic cult classic. Like most cult classics, no one expected Caddyshack to have such a profound impact on comedy. Looking back, of course, it seems like a no-brainer. You have the comedic titans Rodney Dangerfield, Bill Murray, and Chevy Chase in starring roles, plus Harold Ramis behind the camera (and co-writing the script). But the behind-the-scenes mania may eclipse whatever hijinx took place in the film. Chris Nashawaty dives deep into the making of Cadddyshack and shows just how wild talent and unconventional filmmaking helped produce a comedy classic. You'll laugh as much while reading this book as you did watching the movie. 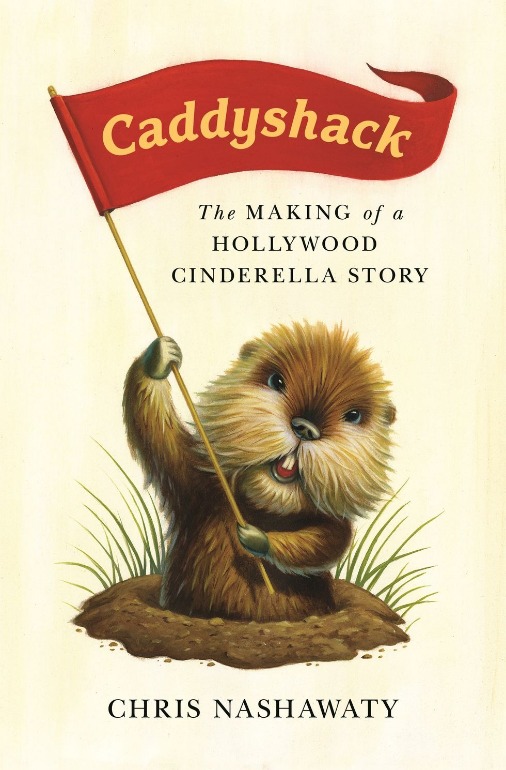 How one family could produce two brothers with the creativity of the Duplass brothers is a mystery. These two siblings, Mark and Jay Duplass, are revered for their low-key realist TV and movie-making style and all around lack of pretension. Their memoir sheds light on their unique brotherly bond, from sleeping in the same bed as children (way easier to make each other laugh that way) to Jay’s depression in college (which prompted Mark to crash with his older brother for whole summers at a time) to their rejection of traditional Hollywood methods. They also recall the late-20s, I-can’t-be-a-struggling-artist-for-much-longer reckoning, and the day they decided to make a 7 minute movie. This is John, with their parents' video camera, shot in one take and made for three dollars, it’s the film that made it to Sundance and launched their careers. What’s most poignant about their compelling story is how they cope when forced to, quite literally, break up their bromance in order to preserve their friendship and their own new families. 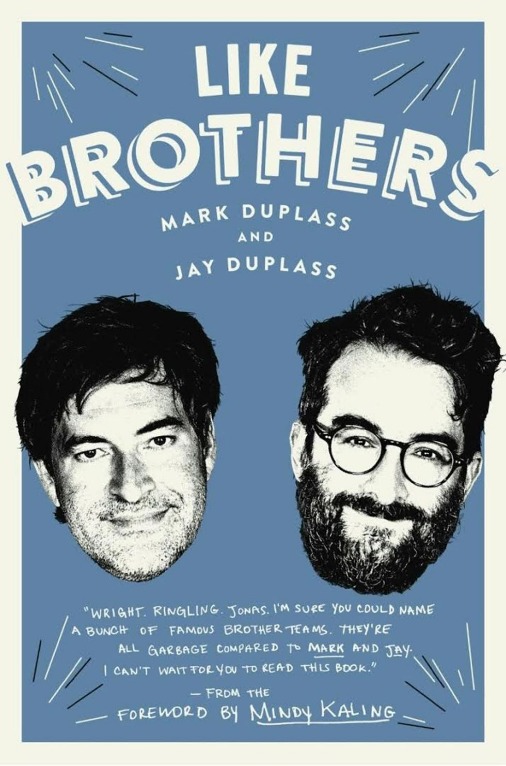 Still need to find that perfect spot to kick back and relax with a good book this summer? We have all the best locations on Topsail Island. Give one of our friendly reservationists a call today at 800-497-5463 or click the button below to plan your Topsail Island Beach vacation today.

What's your favorite beach read? Let us know in the comments below. 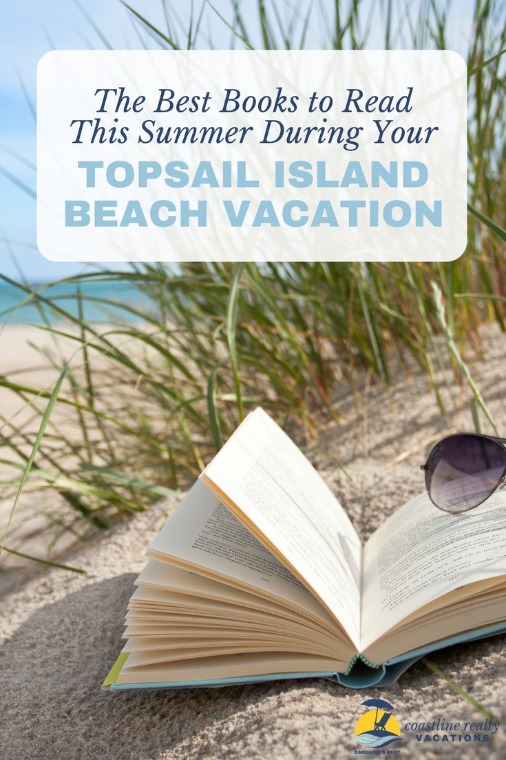